Why a National Productivity Year?

In the decade prior to 1962, labour productivity (output per worker) was thought to have grown by about 2% per year in the decade to 1962. That’s a rate we would be delighted with today. But at the time this was cause for concern. Competitor economies, such as Germany, France and the Netherlands, were seeing growth of around twice that amount. While the UK considered itself close to the frontier at the time, politicians were keen that the UK not be overtaken by its neighbours in Europe. Indeed, according to data by The Conference Board, the countries above had already overtaken the UK in terms of their level of output per worker, and the UK only retained a slight advantage in terms of output per hour worked, because hours per worker in Britain were lower than in the continental economies.

It is with this backdrop that the British Productivity Council proposed a National Productivity Year, to begin in November 1962. The British Productivity Council (BPC) was the successor of the Anglo-American Council on Productivity (AACP), which was formed in 1948 and ran for over a decade. The AACP brought together leaders of industry and business from the UK and US, in an attempt to share knowledge and boost growth in both countries. Members of the council visited potteries in Staffordshire, commissioned many reports, and a book: “We Too Can Prosper: the Promise of Productivity” by British economist Graham Hutton.

The BPC picked up where the AACP left off, but drew its membership exclusively from British shores, notably from the Trades Union Congress and leaders of industry. It too commissioned reports, as well as embracing modern media: producing and sponsoring an array of films on business practices. One film on industrial relations, “Dispute”, even won the BAFTA Film Award for Best Specialised Film in 1961!

What was the National Productivity Year about?

The British Productivity Council proposed a National Productivity Year, to commence in November 1962. It aimed to achieve the following six objectives: 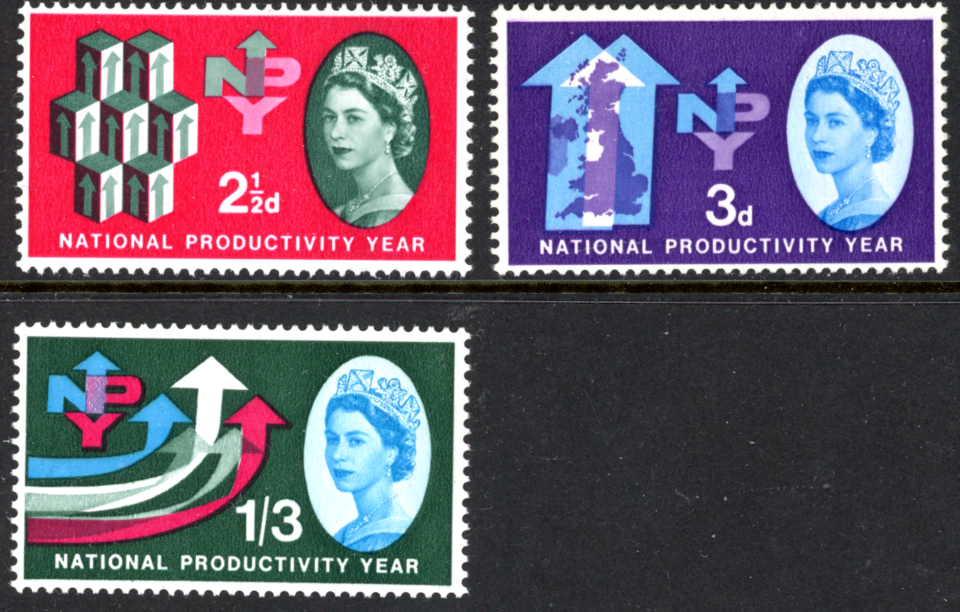 The Year was supported by employers and the trade unions alike, and across all sides of the political spectrum, endorsed as it was by the Conservative Prime Minister of the time Harold Macmillan, and Leader of the Opposition Hugh Gaitskell. It was even supported by King Charles III’s father, Prince Philip, Duke of Edinburgh. When brought before the House of Lords by Labour Lord, Lord Crook, there were supportive speeches from all sides of the House in a debate that lasted over three hours. There were even a set of commemorative stamps issued.

Such wide-spread support was surely important to the success of the National Productivity Year. As many of the Lords in the aforementioned debate noted, there are important roles to play in raising productivity by employees and employers, by government and industry, and by scholars and the public. Engaging the public seems to have been a key aim of the British Productivity Council, as this accessible 1964 primer on productivity shows (what the significance of “Toto” is, we don’t know!)

The Lords debate includes discussion of many ideas to boost productivity that would look at home in today’s discourse: management practices; communication between employers, supervisors and workers; job quality and security; capital investment and depreciation allowances; dispersion in productivity across firms; and the link between productivity and pay. That such topics should still be relevant 60 years later could suggest that the National Productivity Year was not successful, as it failed to find solutions to these problems. But that seems unfair. Rather, these are deep-seated and difficult issues, that evolve in nature with the times and technology.

Was the National Productivity Year a success?

It’s difficult to say, but the signs seemed promising. Based on current measurement from ONS, output per worker grew 5.2% in 1963 and 4.4% in 1964 – compared with less than 3% per year in the decade before (this is higher than estimates from the time of around 2% per year, due to data revisions and changes in statistical frameworks).

A conference was held in November 1963 called “Productivity – the Next Five Years” to reflect on the National Productivity Year and think about the future. Five themes of the conference were research and development, production, retail distribution, marketing, and education and training. The conference was opened by Edward Heath, the Secretary of State for Industry of the time, and future Prime Minister. This is perhaps an indication of the importance placed on productivity at the time.

Some things have changed since 1962 of course. Manufacturing accounted for around a third of the UK economy then, compared with about 10% today. Over the past 60 years, the UK has morphed into a services economy, which relies more on intangibles, such as investment in software and R&D, and other spending on innovation and organisational changes, than on business investment in machines and structures. Trade union membership was around 40% in 1962 and closer to half that today, although industrial action has increased recently. Europe was as important a topic then as now, although the context in 1962 was about joining the Common Market, rather than leaving it.

Some things have also stayed the same. In a survey by the Institution of Works Managers for the National Productivity Year, there was widespread criticism of the weaknesses in British industry: “the inefficiency of management, lack of training facilities and the absence of planning”[1]. There continues to be a large and growing body of evidence that suggests that better management practices are associated with higher productivity and yet, thanks to the World Management Survey, we know that the UK is ranked fifth amongst the G7 advanced economies in international comparisons of management practices (behind the USA, Japan, Germany and Canada).

Today, sixty years after the National Productivity Year, we are still worried about the UK’s productivity record. We have established The Productivity Institute and a UK Productivity Commission in recent years. Despite the many changes in our economy, we still grapple with many of the same topics and challenges as the British Productivity Council did in 1962, often using modern methods and richer data sources to explore them.

In his paper “Levelling Up: The Need for an Institutionally Coordinated Approach to National and Regional Productivity”, Philip McCann argues that the UK’s current institutional and governance set-up is a barrier to addressing the UK’s endemic  productivity problems. A new coordinating institution, body or forum is needed to facilitate proper analysis of the productivity problems in national and regional context. It also requires engagement and commitment by multiple stakeholders from business and government to design effective policy-solutions and delivery processes to reboot productivity growth.

A key takeaway from the National Productivity Year is perhaps the need for a concerted, nation-wide effort – drawing from all side of business, politics and communities. Productivity growth benefits everyone, but it also needs everyone to pull it off. 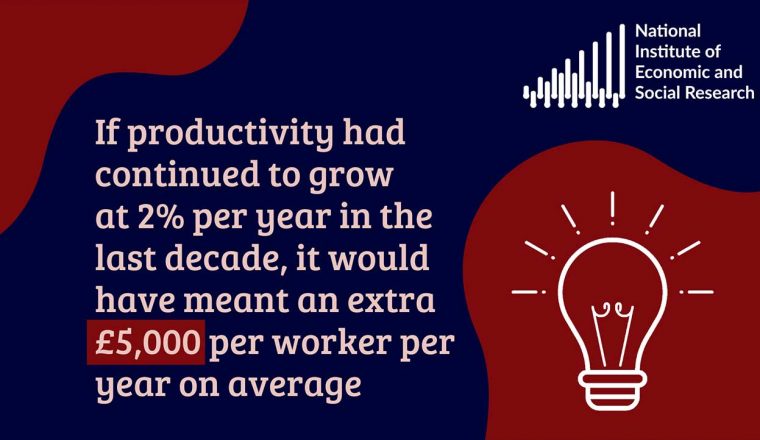 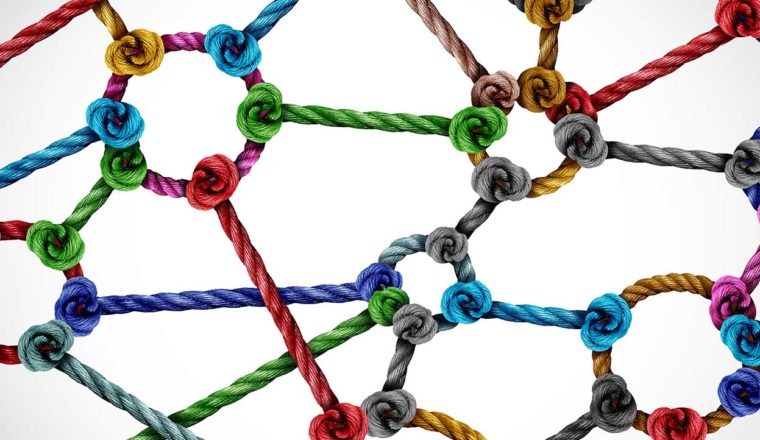 Devolution and Governance in the UK: A Multi-Scalar Solution to the UK’s Regional Productivity Gap 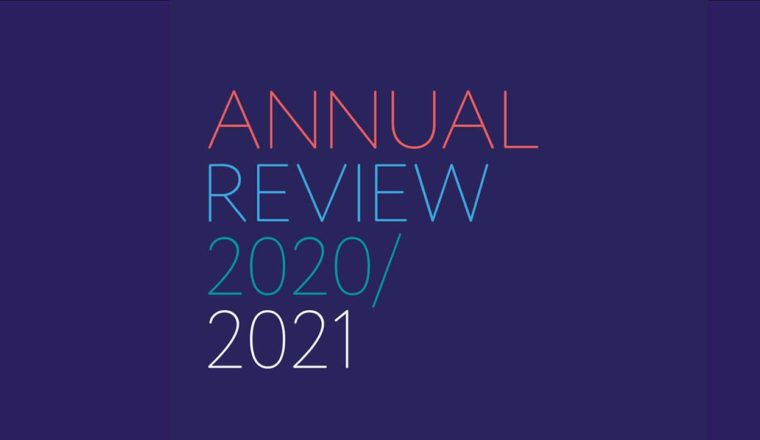 The Productivity Institute 2020-21 in review

On September 1st 2020, The Productivity Institute opened its virtual doors, getting a five-year initiative underway to advance…