Levelling Up through industrial policy, institutions and fiscal mechanisms

How do we level up regions in a sustained manner – raising productivity and living standards, and reducing inequalities? Why do institutions matter and what should change to make it work?

The government introduced its Levelling Up agenda to the UK as part of its 2019 election manifesto and a long-promised White Paper on the subject is expected in early 2022. There has been no shortage of suggestions on what to do to advance economic and social progress in UK-wide regions and cities, and how to reduce inequalities between places and groups in the population.

Our experts have stepped back from those critical needs and discussed how policy, institutions and fiscal mechanisms can become less centralised, better coordinated and more long-term oriented in our podcast episode released 12 January 2022.

UK Industrial Policy: “a collection of things that have been done and abandoned”

Most recently, there have been three changes to UK industrial policy in the Conservative administration since 2015 and three more in the preceding Coalition government.

“They all leave a sort of legacy of different kinds of institutions that don’t get abolished, they stumble on in zombie fashion,” Diane told the Productivity Puzzles podcast. “So there’s an incredibly complex landscape of policies, organisations, entities that make really confusing and inconsistent policy framework… it’s quite hard to call it a policy framework at all. It’s just a collection of things that have been done and abandoned.”

“And so our main message in the paper is that in the UK, we don’t have that mechanism for evaluation and learning and taking on board lessons that we have ought to have learnt … in the past 30 years.”

Diane’s paper compares the UK alongside other countries including Japan and the United States and notes a key difference is the UK’s lack of an institution focused on industrial policy that’s not tied to any political party.

The UK also has to switch to new thinking around industrial policy – instead of governments backing individual companies, the focus should be on coordination, giving the market a framework in which they can confidently invest.

“So to give a current example, it would be de-risking investment in green technologies by guaranteeing that there will be a market for battery technology as, or whatever it might be, and that technical standards will be set,” Diane said. “And that there’ll be cut-off dates beyond which people can’t buy internal combustion engines.”

UK’s Industrial Policy: Learning from the past by Diane Coyle and Adam Muhtar, University of Cambridge

Local growth: hampered by a “fundamental mistrust” between levels of government

Andy Westwood, Professor of Government Practice at The University of Manchester, led research focusing on the current role of institution and governance structures across English regions in tackling spatial equality and low productivity.

He noted that industrial strategy, vocational education and training and regional policy have been most vulnerable to churn, change, chopping and reform.

The paper’s focus begins in the mid-1990s and covers “a sea of acronyms” of bodies responsible for regional development and further skills and education.

“It doesn’t just show (a) changing set of arrangements between different political regimes or different ministerial periods in office,” Andy told the podcast. “I think it also shows a disregard for institutions.”

This experimentation in policy and approach, he says, is never properly evaluated. Successive governments have also failed to recognise the effects of regular policy churn, change and reform on local institutions, like Further Education colleges.

“That’s the key problem – that again, if you’re an institution on the front line of those policies, whether it’s a college or a university or a local authority or an employer working in a particular place or regional locality it’s really, really difficult to bring those different kind of elements of the economic development world together.”

Another factor is the lack of trust between central and regional and local government.

“I think this is part of the cultural disregard,” Andy said. “There’s a fundamental mistrust in the ability or the capacity for local and regional institutions to be able to handle power, whether it’s fiscal or any other. And I think that is a big, big problem for England.”

“The only way you can build that trust between the local and the centre … is to leave things in place and build stability and capacity over time.”

Levelling Up, Local Growth and Productivity in England by Andy Westwood, Marianne Sensier and Nicola Pike, The University of Manchester

Fiscal policy: releasing regions from the “straightjacket” of existing frameworks

Philip McCann, Professor in Urban and Regional Economics at the University of Sheffield, examined how the Levelling agenda would be funded and what changes needed to be made in the relationship between central government and regionally devolved areas.

Philip says the financial and fiscal issues associated with regional Levelling Up rely on the interest of private investors, but the framework available for sub-central authorities at the moment don’t make it easy.

“What you are able to do is so heavily constrained by the fiscal system and the legal underpinnings of is to an extent that I really was, I found quite remarkable,” Philip told the podcast.

“I hadn’t realised how constrained decision-makers are. And therefore, if we really do want to affect Levelling Up, particularly to get markets and investors interested in places, again, it would seem to me, you’re going to need some really substantial and very profound changes to the system.”

“You’ve got to give the decision-makers locally, the financial and the fiscal powers to get that interest again, in those places, by the private investors. And tweaking one or two things is not going to happen.”

Sub-national government should “be released from the straightjacket” in terms of their ability to borrow and be able to go to markets independently.

“And the strange thing of course, is that in the UK, in the last 40 years, competition proliferation, multiple actors, has all been part of all aspects of our political economy, except when it comes to finance in terms of these kinds of issues. It’s like we suddenly reduce everything to a dimension of zero. It’s so bizarre.”

The fiscal implication of levelling up and UK governance devolution by Philip McCann, The University of Sheffield

The structural flaws of the UK knowledge pyramid

Philip said another of the challenges for the UK was the absence of a middle level of governance – like a state, canton or province – which meant the UK’s decision-making process was funnelled through a pyramid.

“And everybody’s at the bottom. These are the citizens and decision-making goes right up to the top almost straight away,” he said. “So what happens is that you have an automatic congestion at the top. There’s just always a bottleneck.

“And so only a very small number of players and actors ever get a hearing at the top. They’re the ones that overly influence policymaking independent of who’s in power, but that’s because how the system works.”

Those operating at the top are usually based in London, leaving everyone else out of the loop.

“So the problem is that the centre has a lot of high-level kind of expert knowledge, but no granular knowledge of anything going on beyond, well, a couple of miles outside of Westminster, basically because it doesn’t get any representation that feeds into it on an ongoing basis.”

“And so it’s a unidirectional decision-making system, whereas governance systems, to work, have to be two directional all the time.” 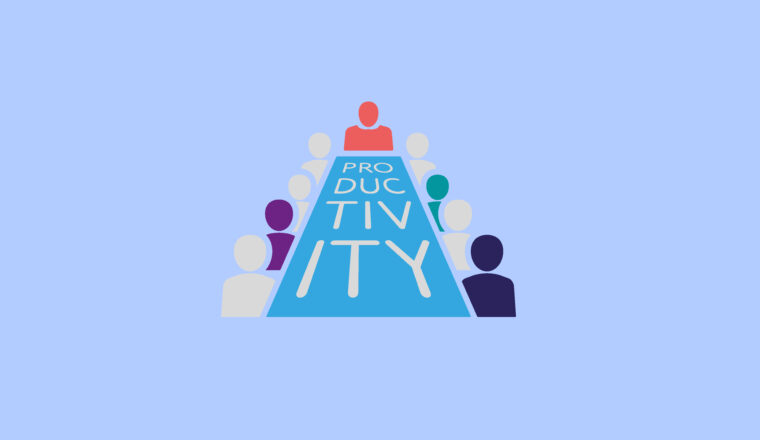 This year’s business conference focused on Strategic Productivity for the Leadership Team, with discussions on how cross-functional collaboration… 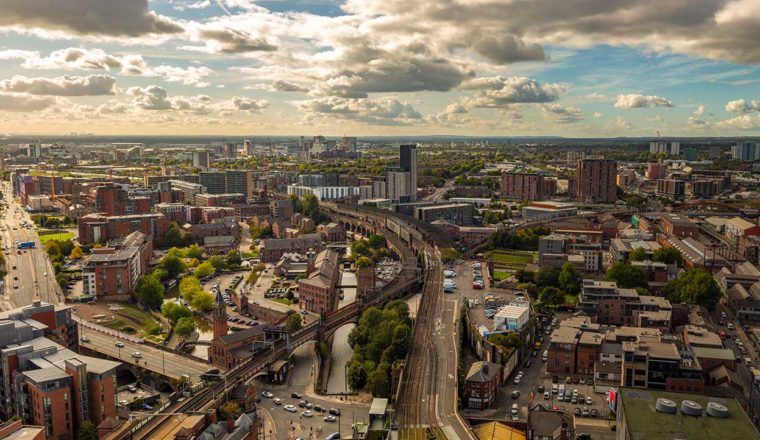 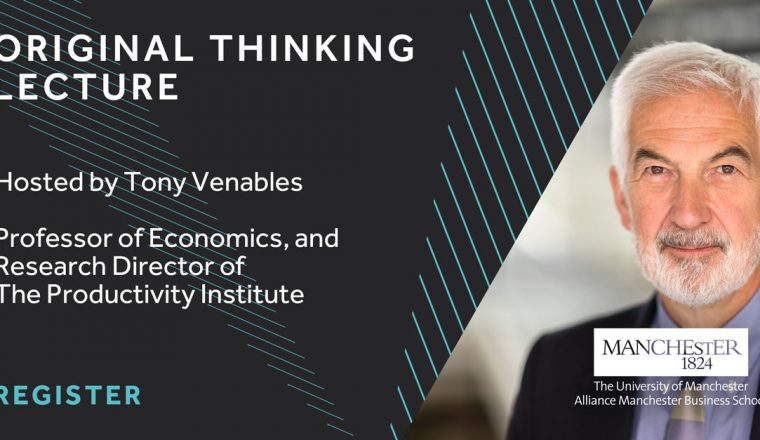