Dirk worked as Deputy Director for the Science, Technology and Innovation Directorate of the Organisation for Economic Co-Operation and Development (OECD) until earlier this year.

At The Productivity Institute, Dirk is researching the work of 10 Productivity Commissions, comparing their analytical work, the policy recommendations they make, and how they operate. The countries are Australia, Belgium, Denmark, Finland, France, Germany, Ireland, Netherlands, New Zealand and Portugal.

“Australia has the longest-standing Productivity Commission, since the late 90s while a lot of European countries have only recently established them,” Dirk said. “I’m currently looking at what these commissions have been doing? What’s coming out of their work, what’s interesting, what’s new? What are some of the lessons they are learning, some of the common themes?”

“It’s quite interesting to see what everyone’s been working on and the key themes that emerge. Then I want to relate that back to what’s happening in the UK with the Productivity Commission but also to what The Productivity Institute is doing.”

At the OECD Dirk used comparative studies to learn about how different countries were dealing with similar problems, such as unemployment, climate change, innovation or slow productivity growth, and he wants to bring some of that approach to the work of The Productivity Institute and the Commission.

“The Productivity Institute is a place to bring different perspectives together and with the Productivity Commission we can transfer those insights to the policy environment as well,” he said.

“Productivity is a long-standing debate in the UK, it’s been a challenge for a very long time. We’ve done some of the basic work now, and the question is how to zoom in on some things that are actionable and specific. That’s what I see happening in other countries as well. Most Productivity Commissions pick a couple of themes every year to work and focus on.”

Dirk has studied productivity for a long time and says the slowdown post the 2008 financial crisis hasn’t just affected the UK.

“One of the broad trends we’ve seen is a productivity slowdown over the past 12-15 years and I think that one of the issues now is to figure out what part of that is specific to a country and what part is more general,” he said.

“One way of figuring that out is to look across countries because then you can see where there are common issues which everybody is struggling with, some of which may be hard to influence by policy, and what are the things which are specific to a country that you can perhaps more easily do something about.”

Skills, management, entrepreneurship, technological change, innovation and investment are some of the proven drivers of productivity says Dirk.
“There are no easy fixes here,” he says. “The investment side of things is very important, that’s a problem in the UK in particular, with low levels of private and public investment, including in infrastructure like rail.”

“The innovation and technology issues are important as well. Another dimension we used to look at quite a lot at the OECD is entrepreneurship and business dynamics. If you want to improve productivity overall, you want to see that firms that are new, young and innovative grow and scale over time. That way they can contribute more to productivity growth. Ideally you also want to see that firms that are not doing so well, that are older, that are inefficient, shrink and eventually leave the market. “

“It’s something a lot of Productivity Commissions have been looking at across Europe – how can we shift the economy at the firm level, how can we move from not-so-great firms to better firms. Skills are essential for all of this, not just because firms need new and different skills if they innovate, but even more importantly because skills help people move from one job to another one.”

“We know that money, talent, management and innovation tend to be highly concentrated in some places, so you have some cities or metropolitan regions that are doing extremely well but there are some other parts of the country that are really lagging behind. All these issues make the productivity agenda is a complex one and it’s therefore important how you bring all of these issues together, in terms of policies, institutions and in the UK, the regions and the Levelling Up agenda.”

One area of Dirk’s focus in recent years has been on the “twin transition” – the dual challenges of digital transformation, including adoption and diffusion, and the Net Zero agenda. Dirk says that we should look at these transitions together.

“Also, with both transitions, we need to see a lot of technology diffusion, particularly for the green transition. If we want to see businesses and homes have much lower carbon emissions, we need to make sure that they get access to these technologies. This means houses getting heat pumps, solar panels, better insulation, and firms also using much cleaner technologies. This diffusion agenda is also important for the digital transition, and it therefore makes sense to think about these two agendas in conjunction.

“For debates like the twin transition or any discussion on productivity, you need solid evidence and do your research and analysis. These are complex issues and I think you need to look at them across different disciplines; there are certain topics where everyone has a piece of the puzzle and I think it’s important to bring these together. We did that a lot at the OECD, working across the whole organisation to tackle difficult questions such as climate change or digitalisation. Differences in the language used by disciplines can be a problem; it sometimes takes time to figure out what people working in different areas actually mean.

“That’s where the work of The Productivity Institute is so important, to bring the evidence on productivity across disciplines together. As W. Edwards Deming, one of the founding fathers of Total Quality Management, once said, “Without data or evidence, you’re just somebody else with an opinion.” 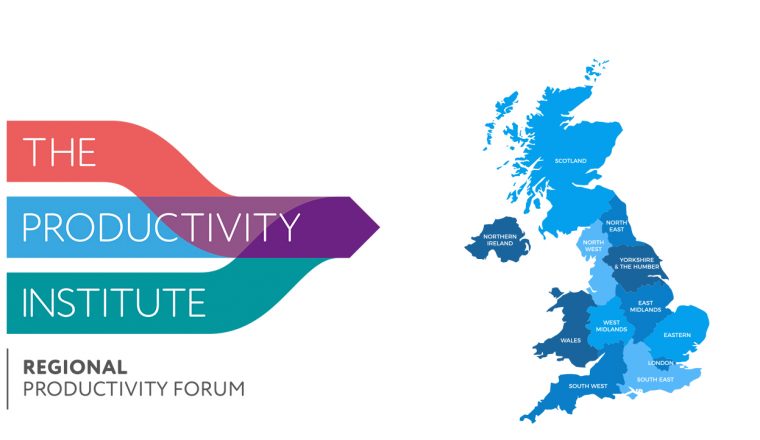 On 21st June, The Productivity Institute hosted a webinar with all eight of the Regional Productivity Forums to… 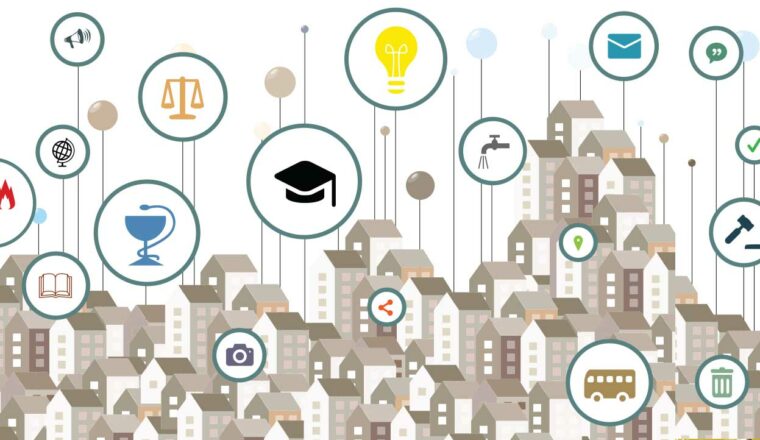